We are currently seeking an expression of interest from Tsawout Members who are 18+ years of age, to form an advisory committee for the SȾÁUTW̱ Custom Election Law project.

Eligibility Criteria and How to Express Interest:

All SȾÁUTW̱ First Nation Members who are 18+years of age are eligible to be on the Advisory Committee. You do not need to live on SȾÁUTW̱ Reserve Lands to be eligible.

Interested persons can apply by providing the Band Manager with their name and contact information before 4:00pm on April 29th, 2022.

First Application Reviews begin April 29, 2022.
Applications will be open until all positions are filled. 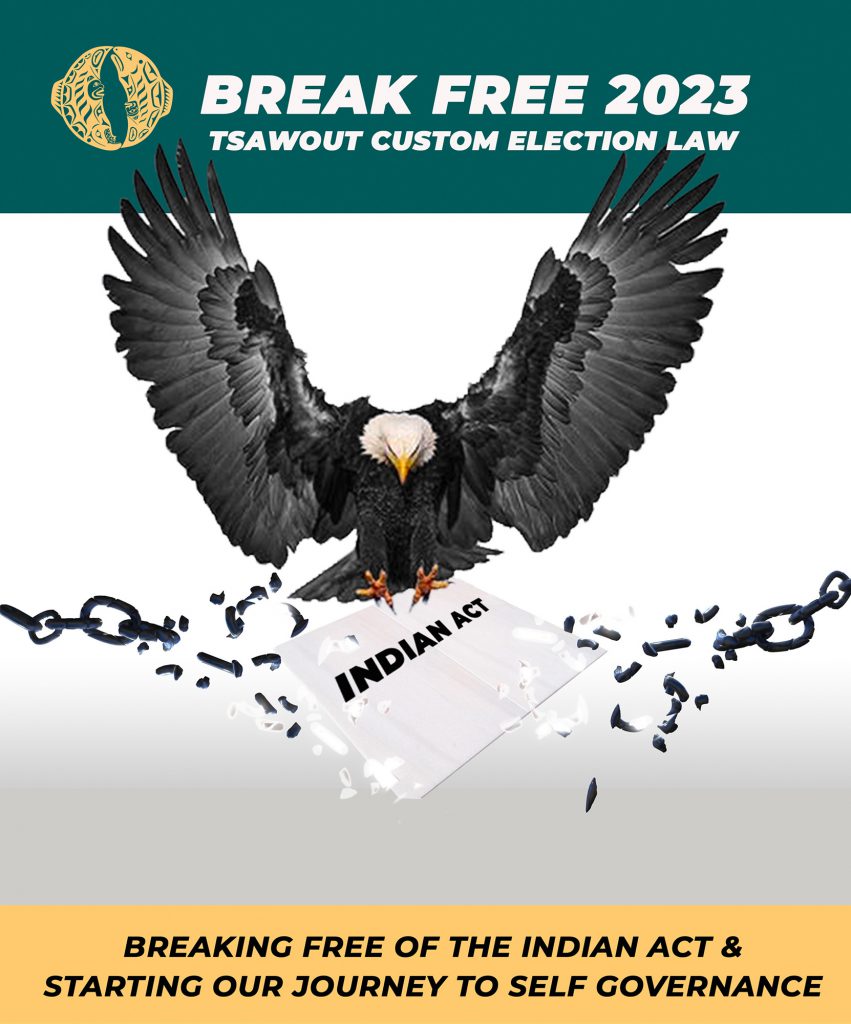 Purpose of the Advisory Committee:

Once a proposed new Custom Election Law is developed, the Advisory Committee will play a key role in ensuring all SȾÁUTW̱ members are informed about the process that was followed to develop it, and that they know how to participate in a ratification vote on whether to approve it.

The final decision on whether to approve the proposed new Custom Election Law will be made by way of a ratification vote, where every SȾÁUTW̱ member 18 years of age or older will be eligible to vote.

The Advisory Committee will be composed of four to six SȾÁUTW̱ First Nation Members. Advisory committee applicants will be selected, with a goal of having it be made up of:

Each member of the advisory committee is eligible to be compensated with an honorarium in the amount of $150 for each meeting.

The advisory committee will provide advice to SȾÁUTW̱ Legal Counsel and the SȾÁUTW̱ Communications Person about:

The advisory committee will meet, on average twice a month, and each meeting will be approximately 2 to 4 hours.

Representatives from the advisory committee must be available to attend community engagement events with SȾÁUTW̱ Members on the following dates: